I have been collecting and saving at least since 1961. Here is the first item that I decided to keep. Near the end of the second grade, in early 1961, the Weekly Reader published a story about the 1960 Census and included a summary population chart. The other side of the page had a lot more U.S. and world facts and figures. I felt compelled to keep that one page of the Weekly Reader for future reference, even though I was only seven years old at the time. 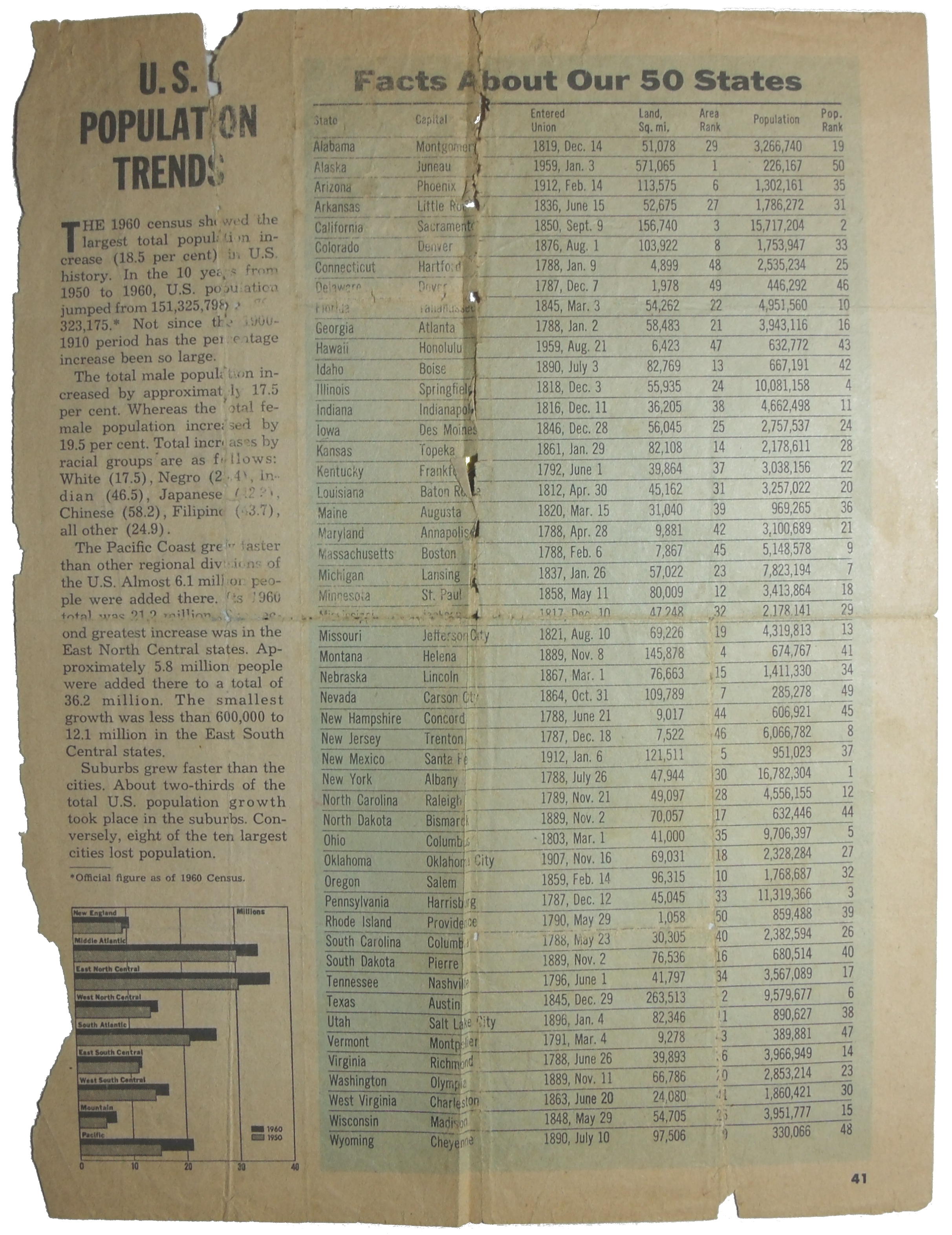 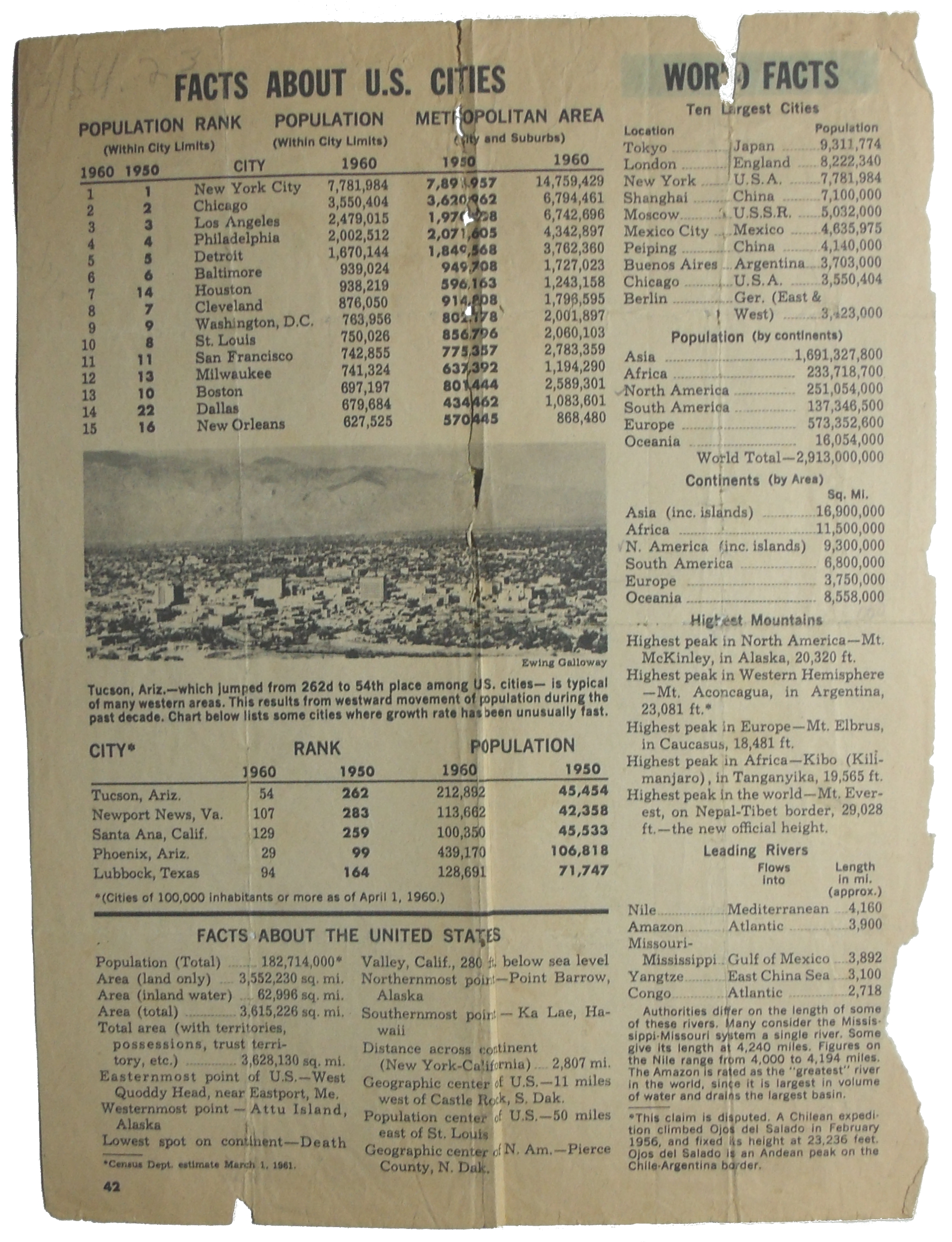