“The Great Speckle Bird” was written by Rev. Guy Smith, and used an old melody used for many other songs as far back as 1925’s “Thrills That I Can’t Forget.”

It was first recorded in Chicago on October 20, 1936 by Roy Acuff and his Crazy Tennesseeans. The story has been told that the studio was so hot during that three-day recording session, that everyone stripped down to their underwear. So imagine Roy Acuff singing this in his underwear.

This is a 78 RPM record that I purchased in 2009 as part of a large collection of singles and albums. 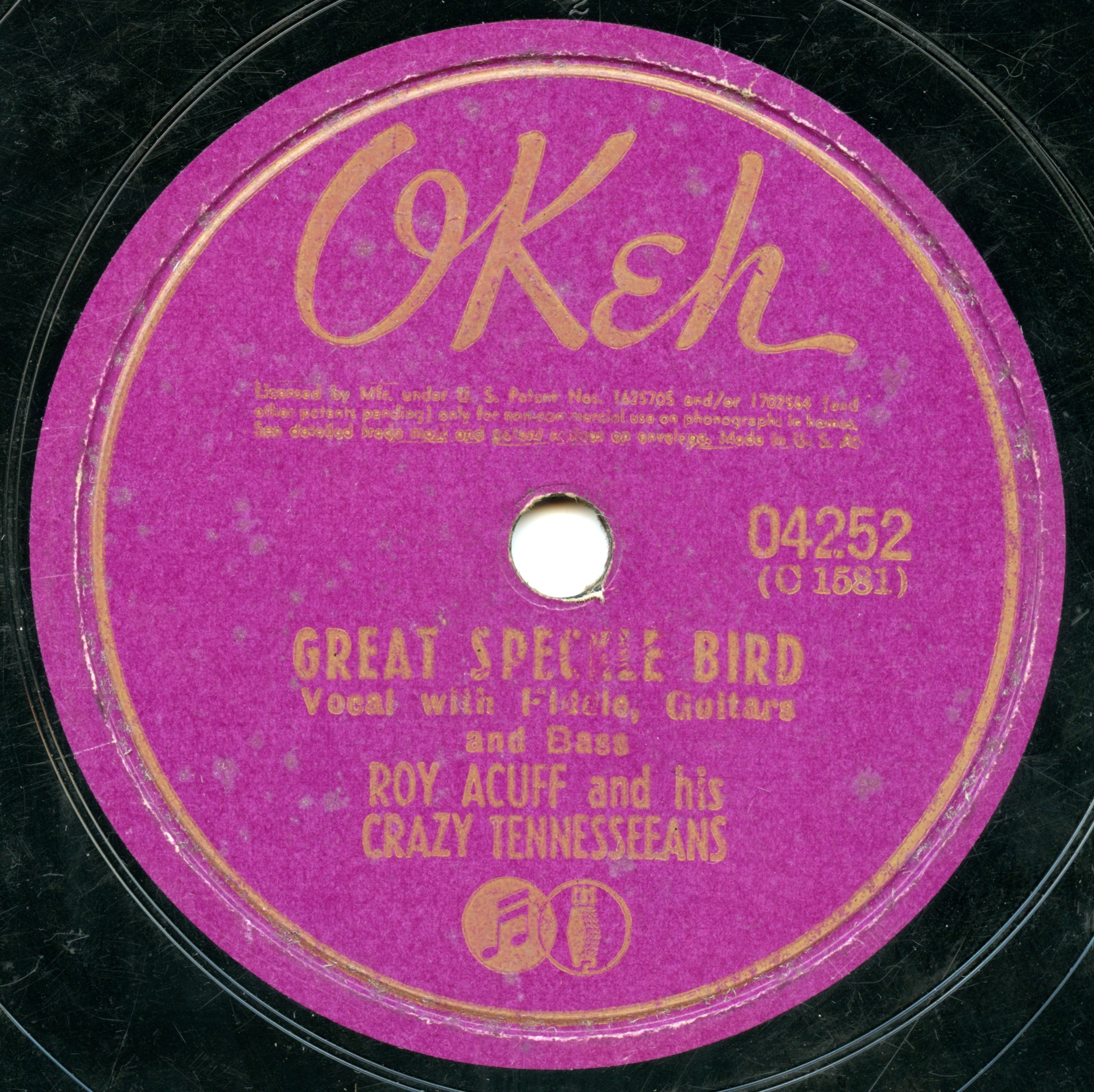 “The Great Speckle Bird” by Roy Acuff and his Crazy Tennesseeans (October 20, 1936)